We only rely on evidence-based scientific information to help you do what is proven to work! From food recipes to the latest nutrition trend, our blog posts will guide your way

Home > Blog > Tips > Foods to Boost Your Memory, From a Fish to an Elephant… 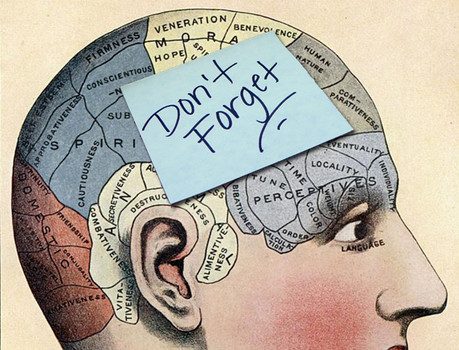 Foods to Boost Your Memory, From a Fish to an Elephant…

Whether you are student trying to stuff your grey matter with a bunch of overwhelming information before the exam; or you are just becoming forgetful at times; you might want to check what is going in your plate. After all, your brains also get their nourishment from the food you eat.
How does food affect brain activity and memory in particular:
1) Improving blood flow to the brain; and this is why there is considerable similarity between what you would eat to protect your heart and the food shown to improve your memory. In fact, recent studies have succeeded to highlight benefits of the Mediterranean diet in both improving cognitive function and keeping heart healthy. The Mediterranean diet is known to be rich in fruits and vegetables and unsaturated fatty acids.

2) Providing the brains with enough energy and nutrients to perform at its best. In fact, 30% of the calories we consume everyday are used by the brains. So getting enough fuel to perform is crucial for the engine up there.

3) Assuring an adequate provision of antioxidants which battle the oxidation of tissue that stem from air pollution, toxins and stress, a process linked to the aging process of the brain.

Strengthen Recall by Adding These Foods to the Rotation:

1. Green Veggies
Getting adequate vegetables, especially cruciferous ones like broccoli, kale and dark leafy greens, may help improve memory. Not only do they contain a significant amount of antioxidants, they are also rich in Magnesium and folate, two major players in cognitive function

2. The Berries Family
Cranberries, blueberries, cherries and blackberries outshine their fruit peers with their superior antioxidant content. They are a rich source of anthocyanins and other flavonoids that may boost memory function.

In addition to your diet, some other factors also play a role in memory:
– Getting enough sleep
– Heredity! Some people have sharper memories by nature
– Be active; physical activity improves blood circulation and boosts the production of new brain cells
– Stop smoking
– Train your memory with brain games and crosswords! There is nothing like practice to make perfect!

Let's make this a perfect meal for you